In a close collaboration with the architect Bettina Langner-Teramoto and the japanese traditional umbrella and paper lamp manufacturers Hiyoshiya, we produced two permanent light installations for a Mausoleum of the Otani Hombyo temple in Kyoto, Japan. Working with the spatial potentials of the large interior space by altering the atmosphere of the interior by the use of light. 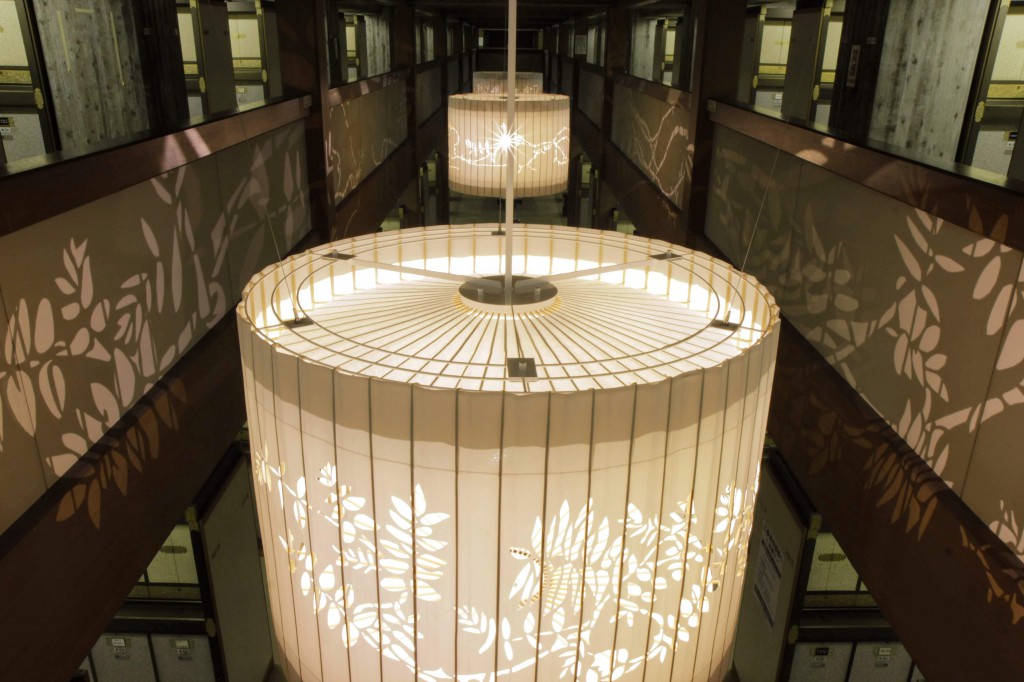 After evaluating different approaches for the lamp shade design we decided to change the initial idea of projecting texts about life and death towards a floral design, showing three different stages of the Wisteria plant. These three stages of the plant transfer the idea of a life and death cycle towards a more symbolically, pictorial representation. With the three lamps, with three different designs blending in and out in different speeds, the projections of the stages blend over each other being in a constant cycle of alternation and renewal.With the laser cutting technique the different stages of the Wysteria plant were burned as holes through the surface of the paper. Strong, warm white LED lights inside the object shine through these, projecting them as signs of light onto the surrounding walls.

Each lamp slowly varies its brightness up and down, slowly fading in and out like a respiring organism. By giving each lamp its own design and its very own speed of fading they become individual “living” objects transforming a space of Muryojudo into a piece of breathing architecture. Changing the cool, functional interior towards a warmer and inviting situation encouraging the visitors to reflect and meditate on life and death. 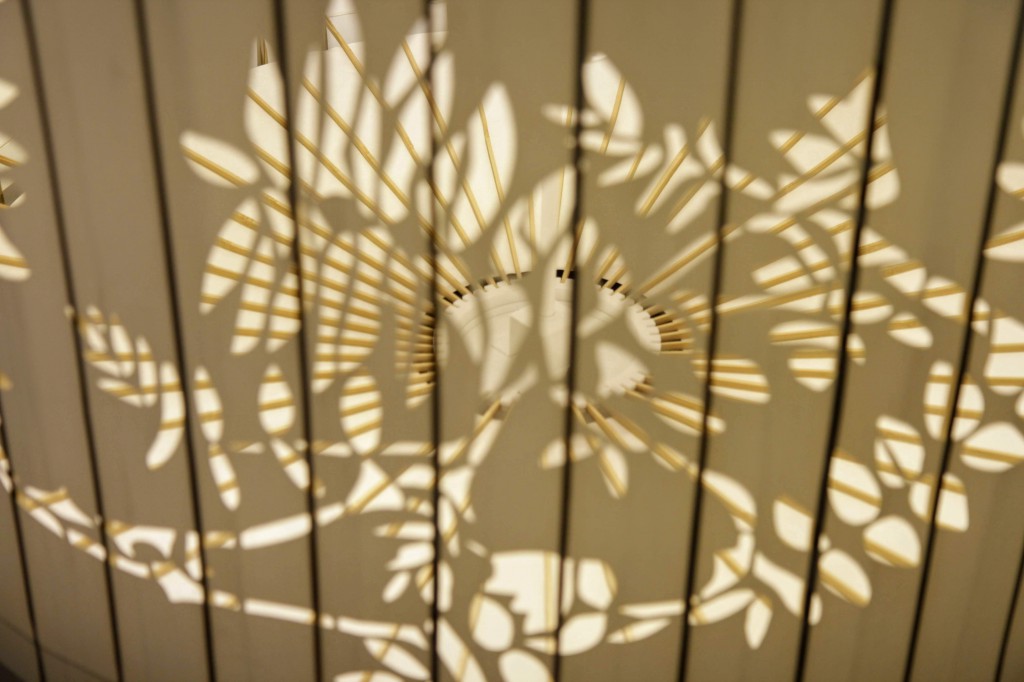 Eight LED lamps are mounted in a circle around the existing hanging ornaments on some floors of Muryoujudo. The lamps slowly fade from one to the next. When number one fades away, number two fades in and so on. An endless, repeating circle of light and darkness and time.

This slowly circulating light sequence highlights and intensifies the presence of the ornaments and by shining through the ornaments an animated shadow play is created that spreads into the hallway of Muryojudo.

The automated light sequence repeats itself in a very slow manner and reacts to the acoustics of the surrounding space. The speed of the fade from one to the next lamp can be influenced by sounds of the visitors or recited sutras of the monks. Through this careful, interactive approach the building and its interior are transformed from the cooler atmosphere of a functional housing towards a warmer, sensitive organism.