A selection of optoacoustic devices and machines used to create time and space bending, multi-dimensional image and soundscapes. These instruments are experimental prototypes of open audiovisual systems bursting any 16:9 or whatever format, denying the long reign of rectangle fixation, disturbing computer programmed black-box brains, exploring the potential of heterogeneous, organically and collectively improvised installations and multi-visions.

An optoacoustic instrument for audiovisual experiments with a laser beam shining through a speaker filled with liquids. 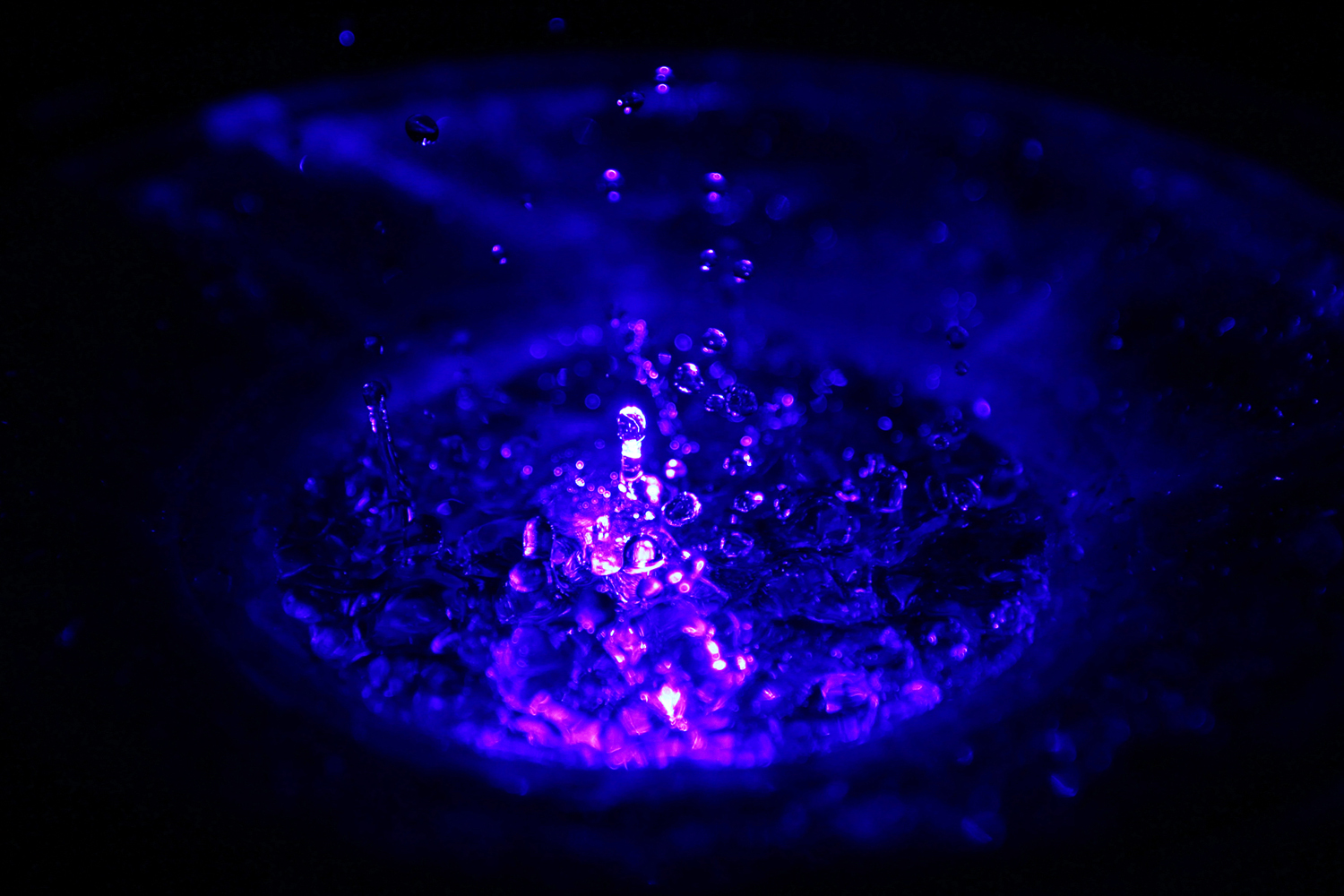 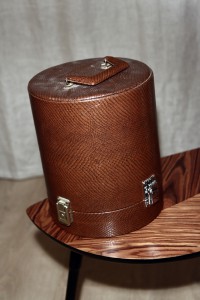 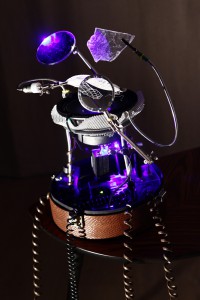 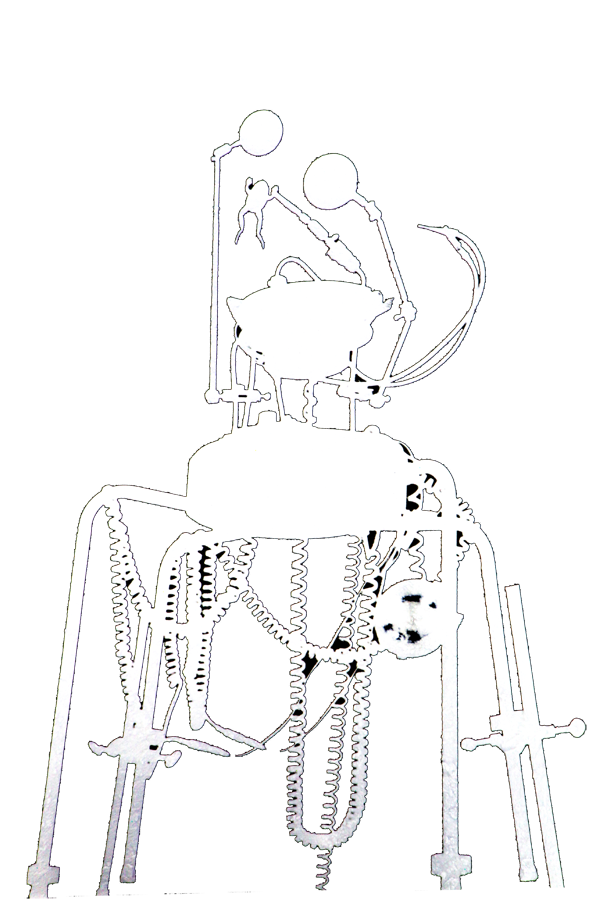 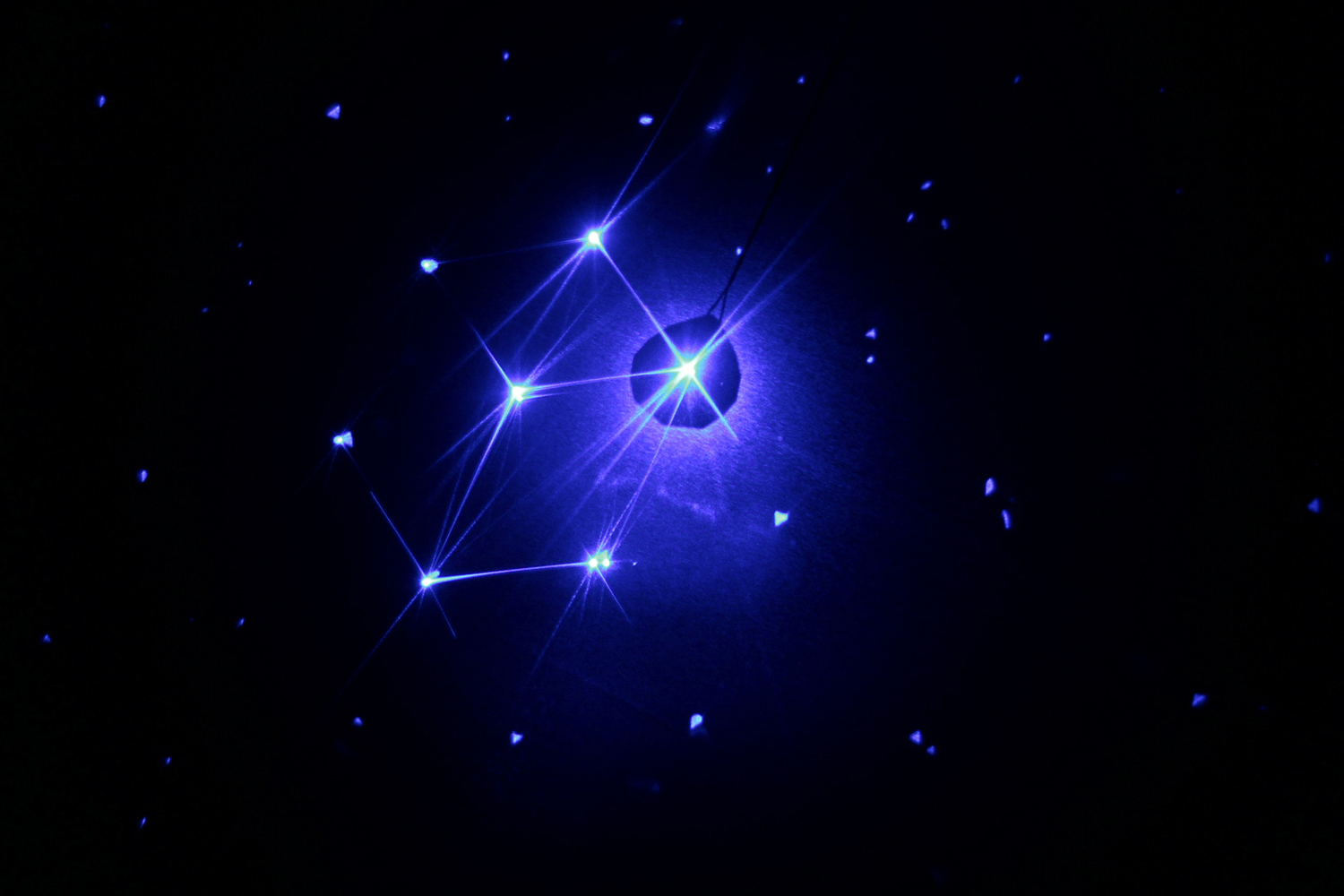 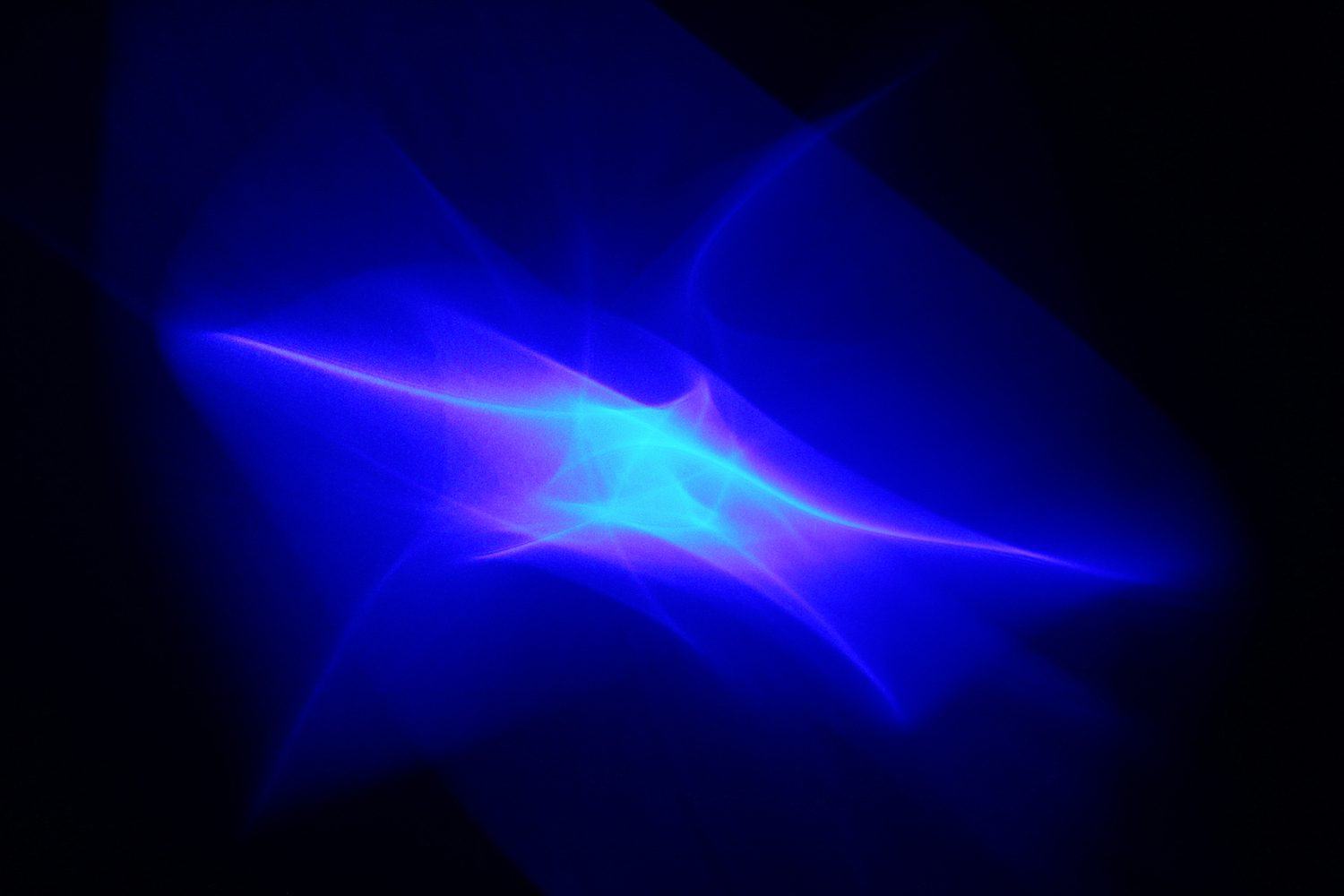 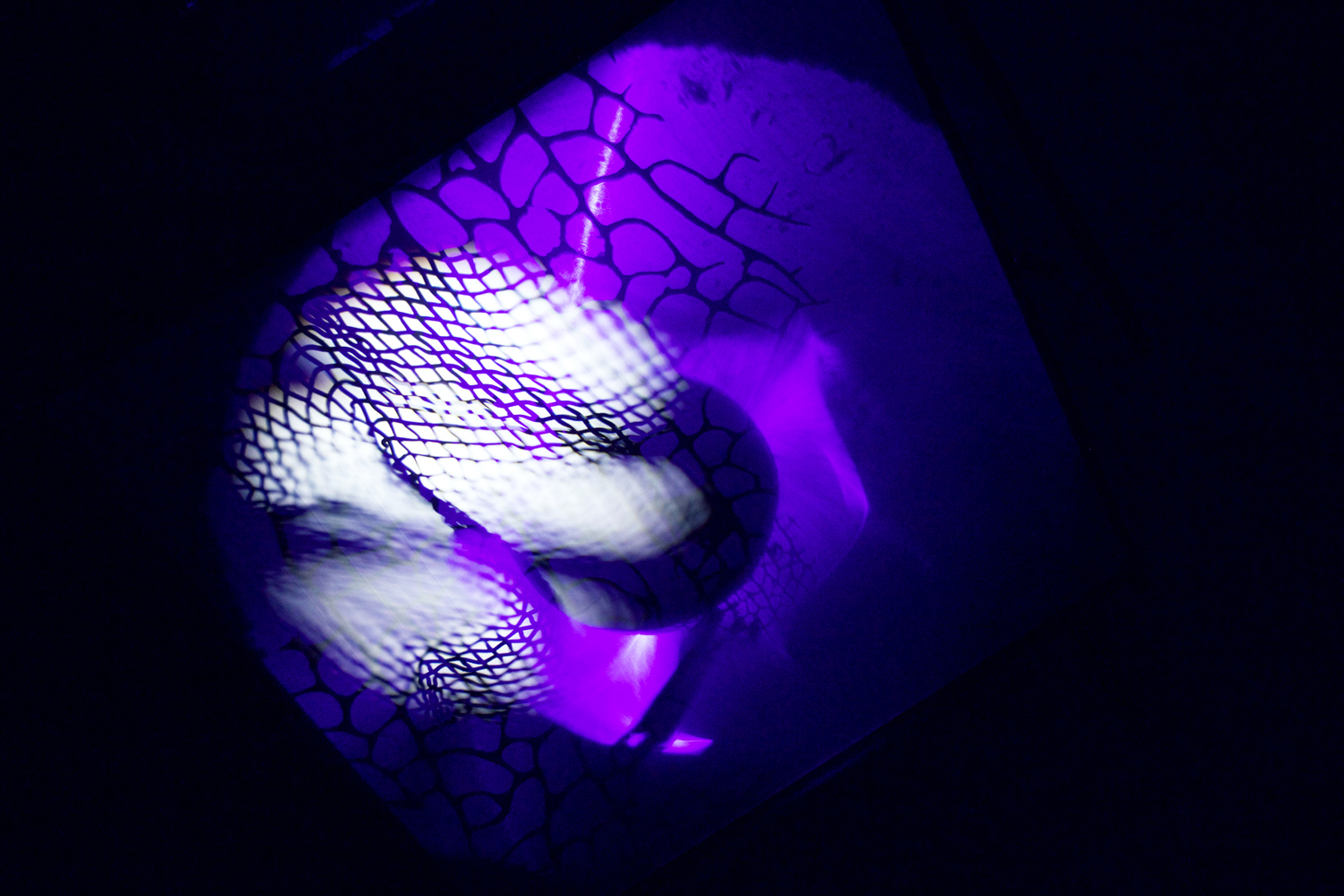 A modulary kitchenlab for optoacousticulinary experiments. With this modified suitcase hot meals can be prepared with an integrated induction/gas cooking system. 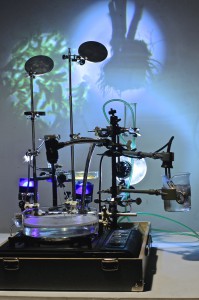 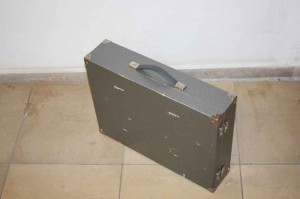 A 2-watt green laser is the heart of this opto-acoustic creature. Eight flexible arms with mirrors, lenses, clamps and dc-motors are used for experimental manipulation of the laser beam. Equipped with a light reflecting audio-speaker for visualization of sound waves and its impact on liquids and particles. With a small camera for additional video signal production. 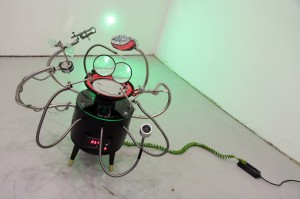 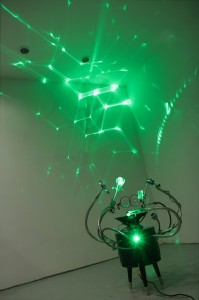 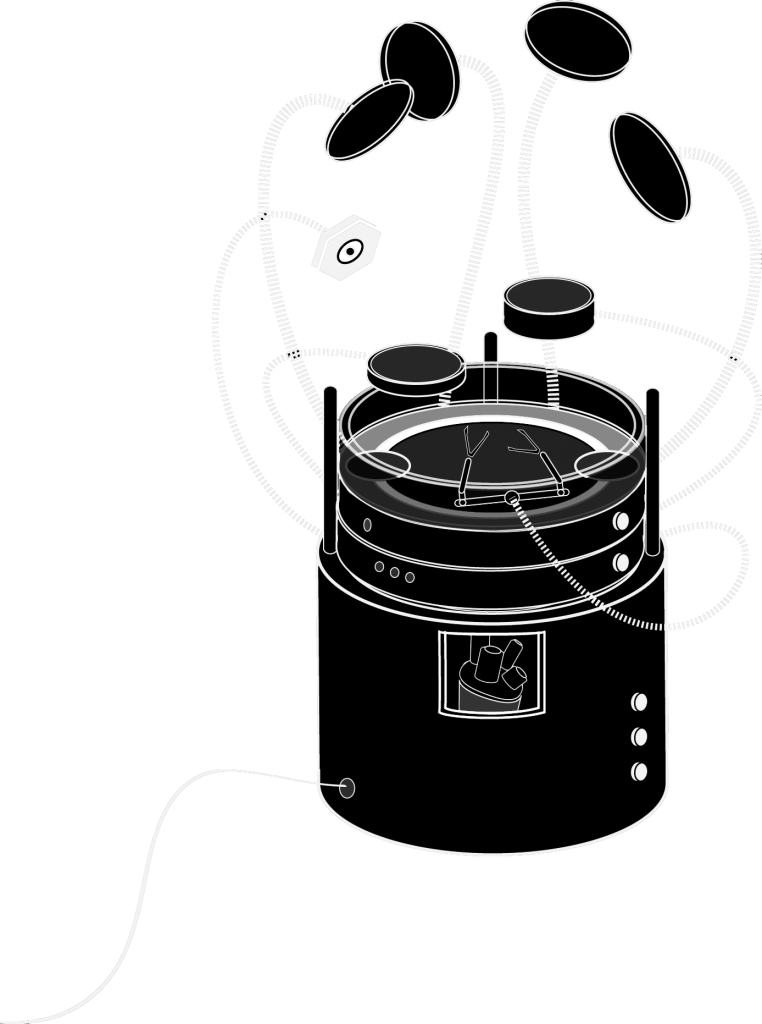 A wayward mixture of a musical clock, a kalimba and an electric bass. In its centre a rotating object that is read by metal reeds, steel strings and saw blades, transforming the haptical information of random objects into sound. 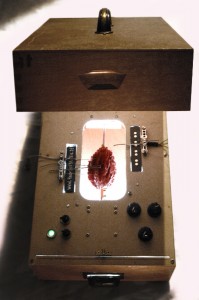 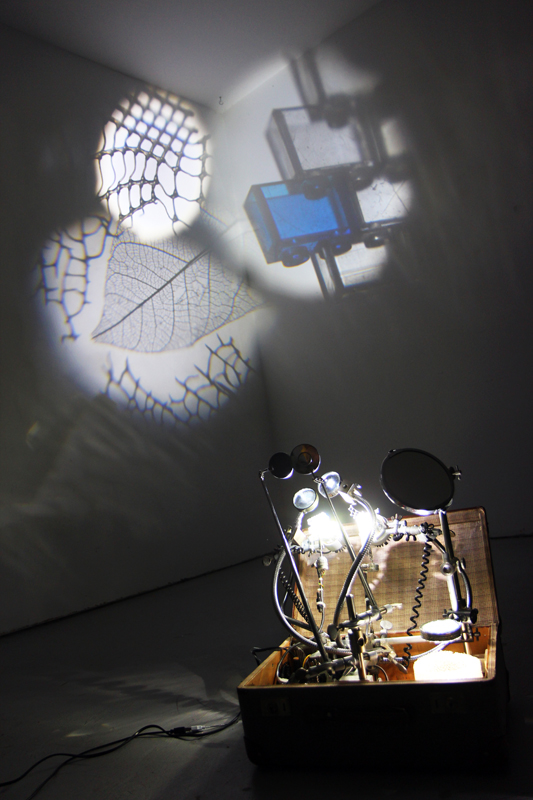 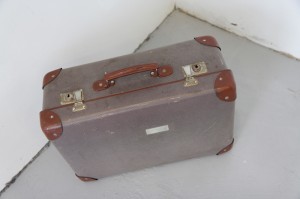 SuiteCaseShrimp
An optoacoustic instrument for live av-performances, interactive installations and stand-alone operation. Equipped with three 10W LED´s the LED-Suitcase-Shrimp projects transparent and translucent objects animated by two electrical motors and one audio speaker. The movements of the motors are generated by external audio-signals like music or microphone input. The audio speaker with an integrated LED and transparent membrane is used as projection device for the effect of sound waves on liquids and particles. With its flexible, optical tentacles and mirrors the projections can be arranged freely within its surrounding space. All used parts fit into the closed suitcase and can be powered with a 12V power supply or accumulator and solar cell for travel and outdoor purposes. 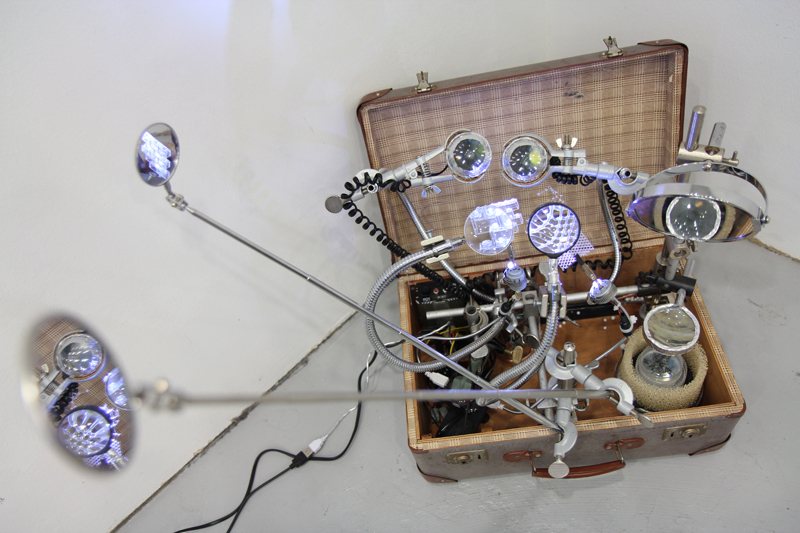 The FabelPhonetikum is an instrument which allows the player to imitate human speech by creating different sounds with specific movements of the hands above the mouth of the instrument. 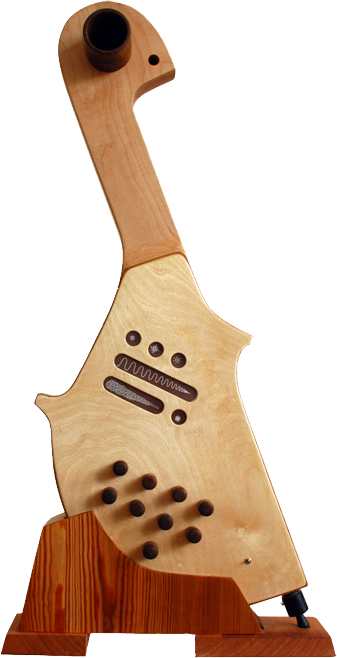 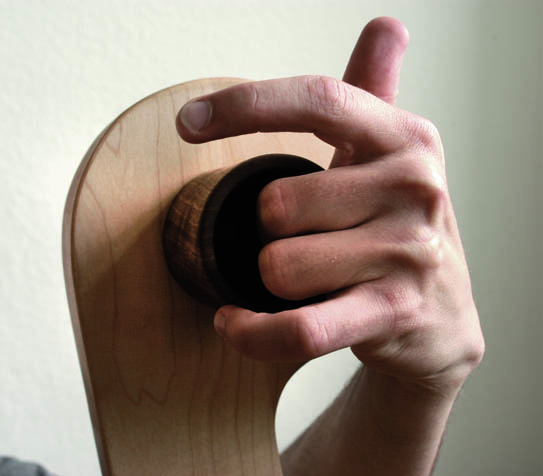 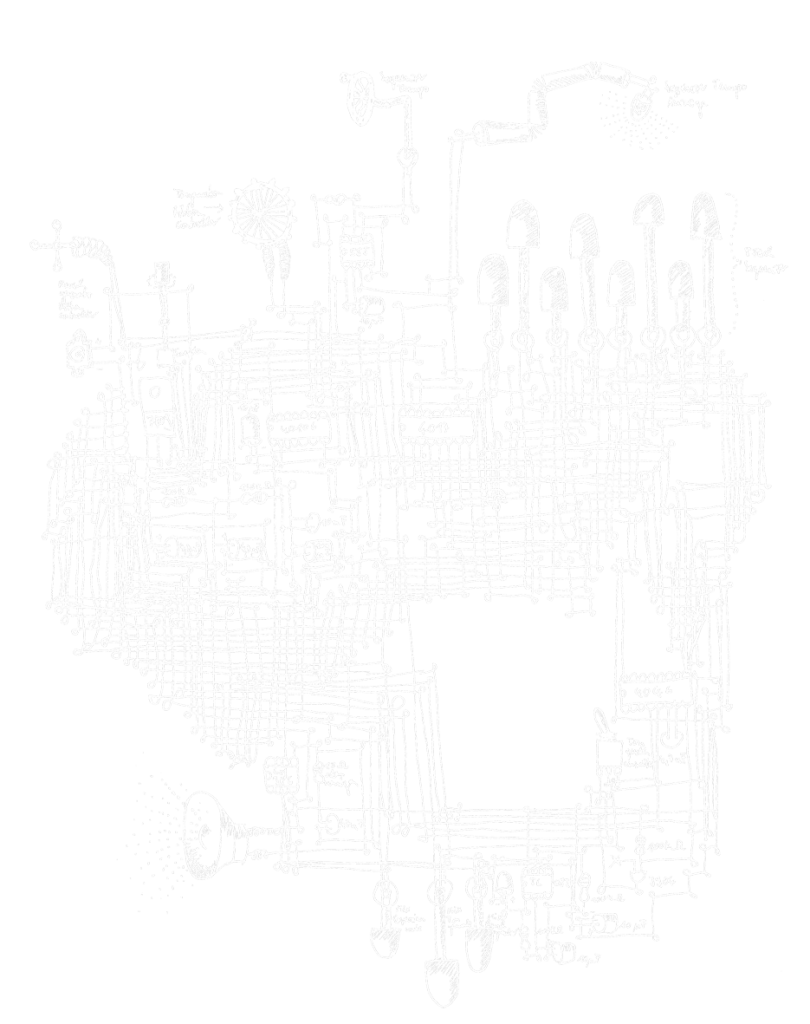 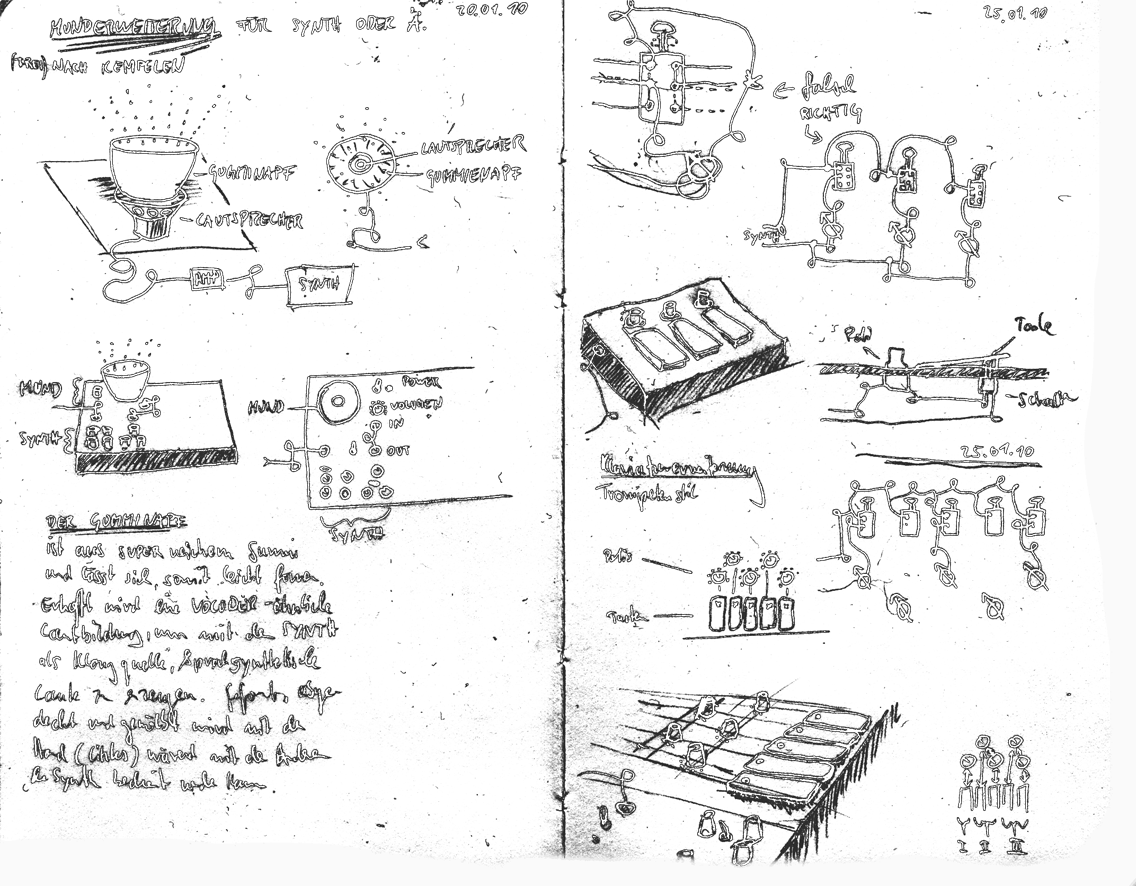 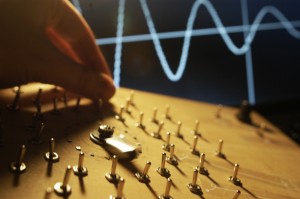 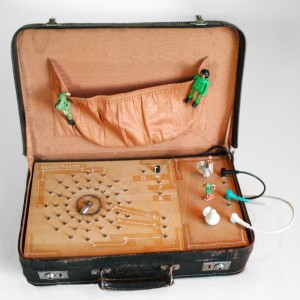 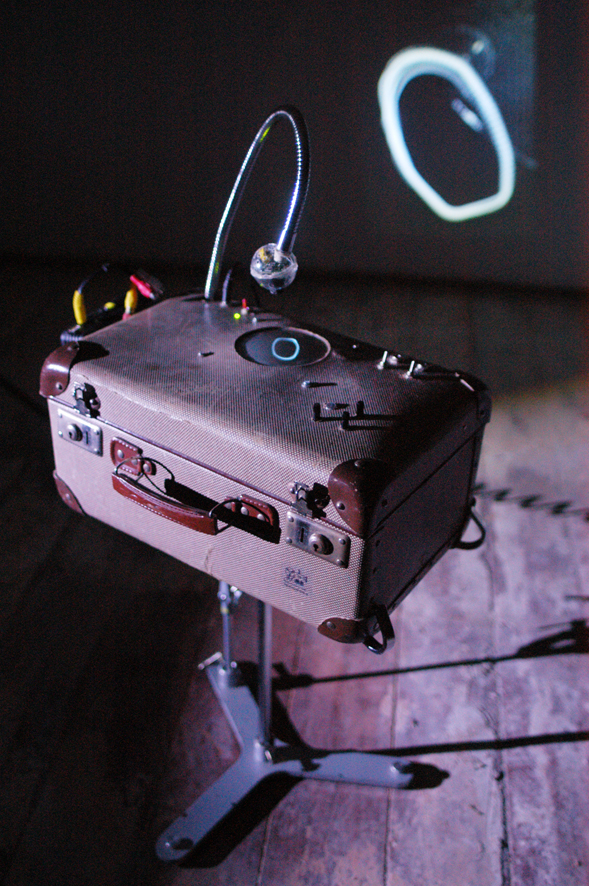 An oszilloskop based AV instrument for live performance. Transparent and translucent objects put on the screensurface affect the permanent video feedback loops produced between a camera and a CRT. The Videosignal can be mixed with the surrounding sound and/or a sinewave to give it an mindblowing twist. 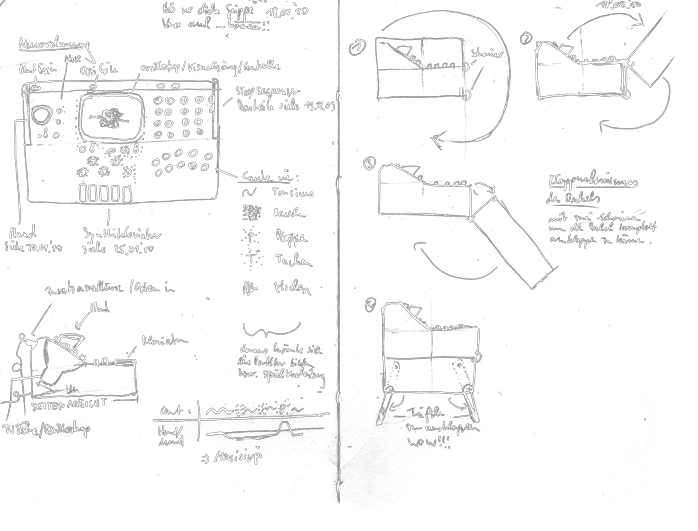